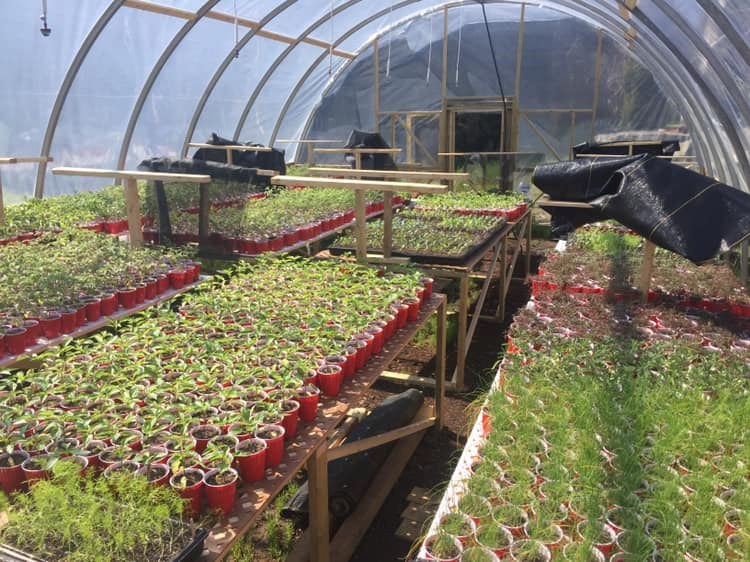 An urban gardener in Hammonds Plains wants to help feed his community, but he’s being told he can’t sell his product.

Patrick Fogarty is the owner of Fogarty’s Market Garden, which is in its first year of business selling fruit tree and vegetable transplants. The endeavour aims to begin selling produce grown on Fogarty’s 5.5 acre property in 2021.

Fogarty says people have an appetite for growing and buying locally sourced food. He says the need for more of it has been highlighted by the pandemic.

“The demand is there especially now with all the talk about food security and pandemic planting during COVID-19,” he says.

While Fogarty can legally grow as much as his property can yield, municipal bylaws prevent him from actually selling it.

A garden for personal use would generally be permitted in a residential zone under the Beaver Bank, Hammonds Plains, Upper Sackville Land Use Bylaw. However, the growing of produce for the purposes of sale would constitute a commercial use or an agricultural use and is therefore not allowed.

This is a bylaw area-councillor Matt Whitman says needs to be enforced.

“I’m all for small business and buy local, but as long as the zoning bylaws allow it,” he says. “He bills it as a ‘market’ which is not allowed in residential areas.”

Whitman says some neighbours have come forward with complaints about Fogarty’s operation.

“Whether it’s a pizza parlour, a used car lot, or mechanic shop in Kingswood, Fall River or Spryfield, the zoning has to be obeyed,” he says. “It’s not up to me.”

“He called this an illegal business and said I shouldn’t be doing such activities,” Fogarty says. “This is defamation of character directed towards me personally, my family, and my business.”

Fogarty began preparing his land for growing crops in 2012, and says in 2014 he was told by a senior bylaw officer that his business would be by the book, as long as there was no onsite retail component.

“But now I’m being told any commercial activity whatsoever, growing a head of lettuce in your yard and selling it offsite, you’re not allowed to do that,” he says. “That is preposterous to me I don’t accept that because there is a bit of a moral right to doing that for myself but also for my community.”

Currently, Fogarty is selling product in a nearby commercial space that is being donated to him.

“It’s absurd that we are even having an issue with someone growing produce in their yard and selling it off-site,” he says.

He calls the bylaw an overreach and doesn’t think it is in line with the municipality’s take on local food.

“What happened with our councillor being involved with this, I don’t think HRM shares that sentiment,” he says. “They are active when it comes to local food.”

Regional council endorsed the HRM Food Charter in 2019 which aims to shape a healthy, just and sustainable food system for the municipality. It was created in 2017 by The Halifax Food Policy Alliance with community input.

Fogarty points to other major cities that are working towards being more accommodating for the growing and selling of produce on residential land. Vancouver, for example, is currently reviewing a 2016 pilot project that adopted guidelines to legitimize urban farming as a permitted land use and licensable business type.

“These bylaws are archaic and prevent people from supporting ultra-local food,” he says. “This has to change.”